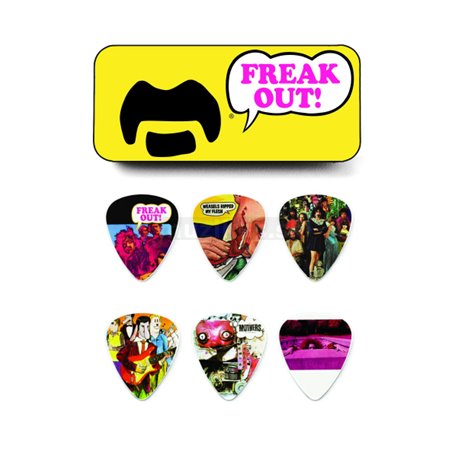 Throughout his career Frank Zappa has not only been a harsh critic of the American society but one of the most prolific composers in rock music. His eclectic styles merged various styles from 50s Rock’n’Roll, Doo-Wop, Classical Music and musique concrete to edgy hard rock. This pick tin contains 6 picks with artwork inspired by Frank Zappa. Available Gauges: Medium and Heavy

30 other products in the same category: